I hope you all had a Merry Christmas! I really enjoyed having time off to celebrate with my family.

This is the first version of my monthly budget, my January budget plan. Some of these categories will obviously be a savings type of fund, such as the repair categories. While some might argue that this money could be better spent on reducing the debt, I am going to add to these “emergency” type funds until they are reasonably sized.

The savings category is also being used to add to my emergency fund. I will build this fund to $1,000 before aggressively attacking debt. I will be adding more than the budgeted amount to this cause, as all income from my second job is going toward this and is not counted in my budget. The amount of this “side income” fluctuates from month to month and I don’t want to find myself relying on this additional income for survival.

During the first couple of months I might have to tweak this budget as I find myself needing more or less money in different categories. I have built this first budget after tracking my spending for 2 months to get an idea of what I was previously spending in these categories. Let me know if you have any ideas, suggestions, or questions!

As you can see, many of my categories are cash for spending. This method is often cited for its ease because once your cash is gone it’s gone and you can’t continue spending!
I have set up a cash flow in excel next to my budget to make sure my checking account balance is always sufficient for the purchases I am making. I have planned to take out all cash at the beginning of the month, right after pay-day. Hopefully I won’t have to adjust this plan, as I like the ease of having all the month’s cash at once and that way I wouldn’t have to make multiple trips to the ATM.
I have organized my cash budgets in a coupon holder. I like mine because it has dividers and I labeled each section with what money it contains. It also zips all the way around unlike some that just snap shut, that way if I have loose change it won’t be falling out the top. It’s very similar to this budgeting wallet from Amazon. 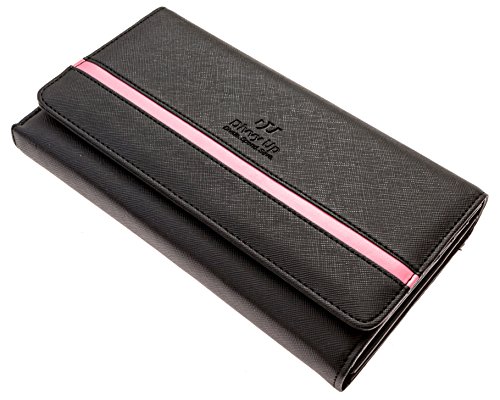 Full Disclosure: We earn a commission if you click this link and make a purchase, at no additional cost to you.

I borrowed Dave Ramsey’s Financial Peace University from a friend and so far I have done the pre-lesson work and completed lesson 1: Super Savers, where Dave recommends having a $1,000 Emergency Fund (EF) before aggressively tackling debt. 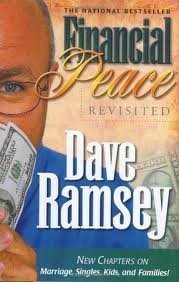 Full Disclosure: We earn a commission if you click this link and make a purchase, at no additional cost to you.

I am following that advice because it makes sense to my situation. I don’t have a spouse or someone to provide a second income so all I have is my income and if something were to happen just after I paid all of it toward debt, I’d have to whip out the credit card to cover the expense, thus undoing any progress I had just made.

On December 31, I took all forms of credit out of my purse and put them in a safe place. I do hope to have more in my EF in the future, but for now I’m sticking at the $1,000 goal until my debt is paid down.

Do you do a new budget plan for each month?

Fill out the form to watch my free webclass. You’ll also receive updates and special offers from me.